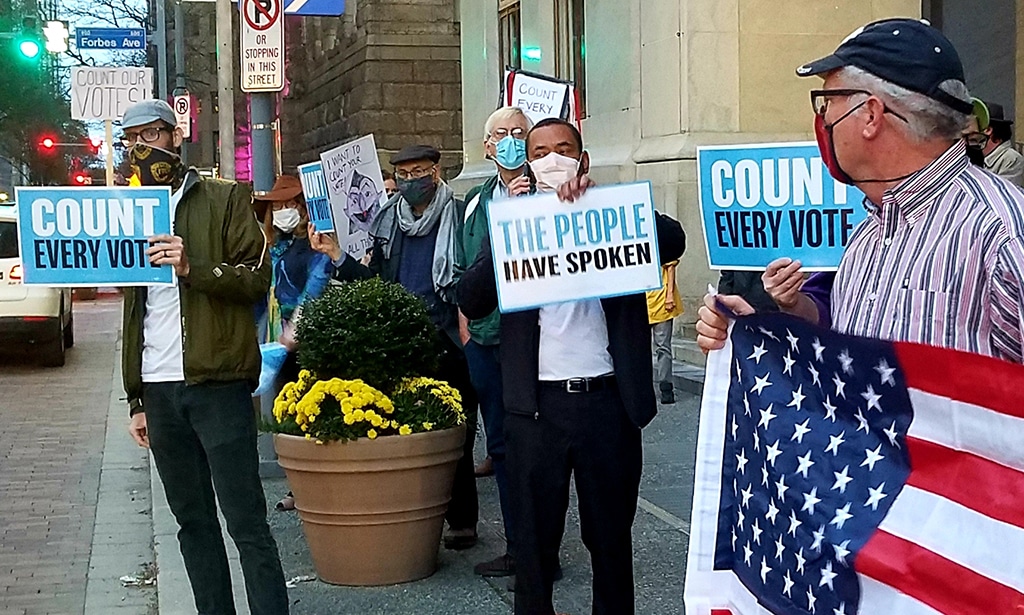 As the post-election punditry continues, here are some thoughts about the sharp divisions between Americans that we’ve heard so much about.

According to published election returns as of Nov. 9, Crook County, Wyoming is the reddest county in the reddest state. And even there, Joe Biden got 9.2% of the vote (about 1 in every 11 votes). Biden won two of Wyoming’s counties.

Both states – Nebraska and Maine – that divide their electoral votes by congressional district split their votes.

So the maps we see that show solid blue in the west coast, from Maine to Virginia and much of the Great Lakes, while the south and midwest are huge swaths of red, are really very misleading.

From Crook County to Harvard Yard, it’s all varying shades of purple.

Fears that angry right-wingers would intimidate voters at polling places across the nation did not materialize. Nor did the other side’s fears that dead people would vote for Biden in droves, or that “bad things” would happen in Philadelphia.

Democracy is messy, but it isn’t dead. 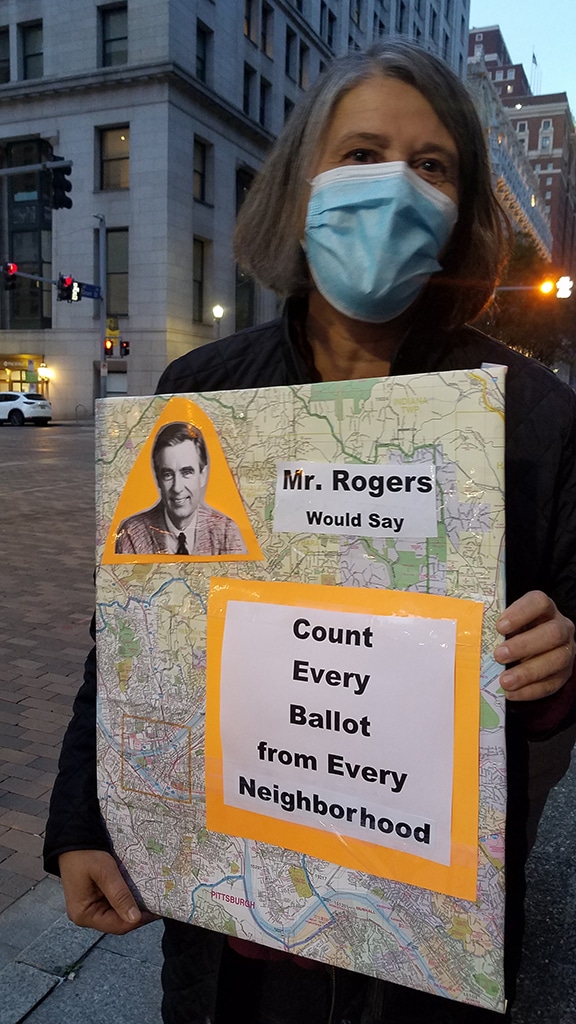 There’s been a lot of talk about the “record-breaking turnout” in the recent election. Getting scant mention is that only around 2/3 of the adults who could have voted actually did.

More than 6.8 million of the 10.2 million voting age Pennsylvanians cast presidential ballots in this election. A third of the electorate, roughly 3.3 million Pennsylvanians, could have voted in the general election but didn’t. More than one million of them weren’t even registered. Why not?

Some portion of that 3.3 million can’t be changed: People who are too infirm to cast a vote, or those with religious objections to political participation. Those millions might also include the roughly 80,000 people incarcerated in PA—some of whom (convicted felons) aren’t eligible to vote, while the rest are (by absentee ballot) but often don’t know it.

Definitely in that 3.3 million are those who thought seriously about voting but decided that no candidates on the ballot represented their interests.

Nonvoters are more likely to be homeless and transient. They’re more likely to feel utterly disconnected from politics than voters. They disproportionately live in low-income or low-wealth households, have lower education levels, and are not White.

That 3.3 million is about 55 times the number of votes in PA (currently around 60,000) that separate Biden and Trump.

What might our democracy, our commonwealth, and our country be like if non-voters started voting? We know that in 2016, if Pennsylvania nonvoters had voted at the same rate as voters, they could have changed the outcome of the election. That will likely prove true this year as well. 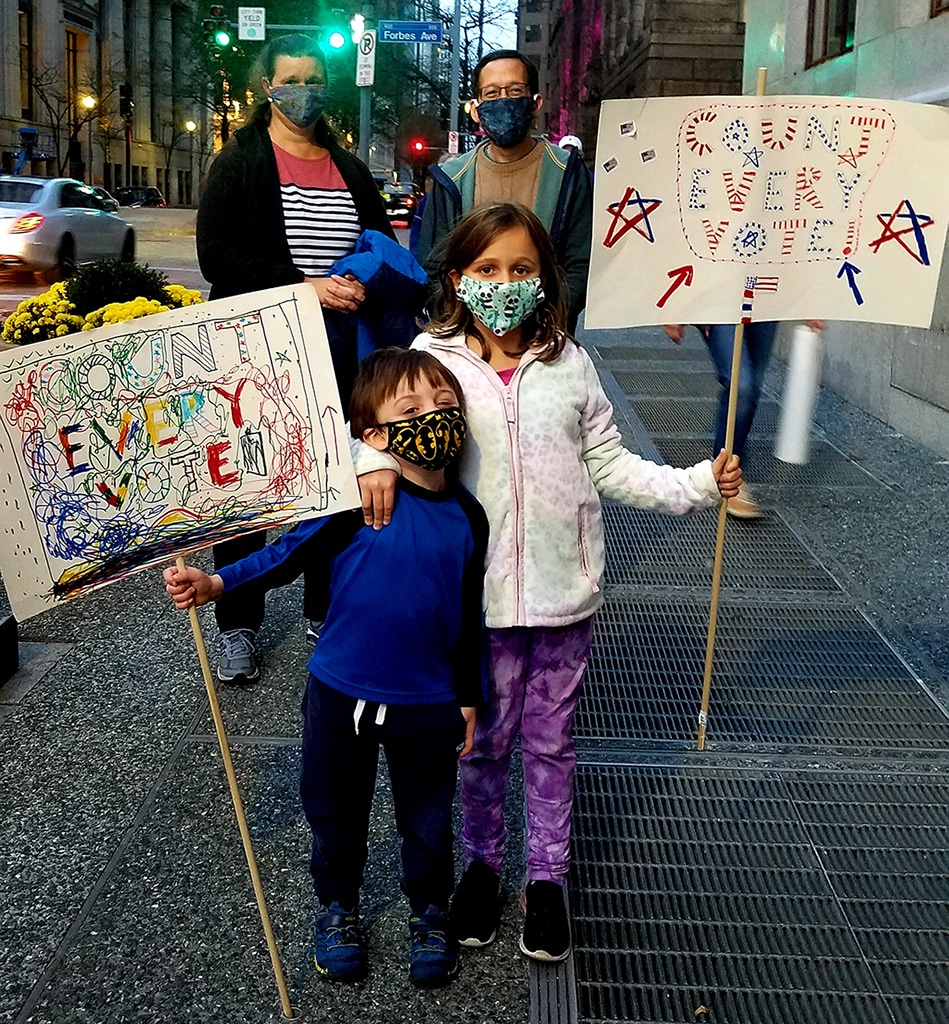 Amidst the uncertainty of the legal challenges to the validity of various ballots and federal investigations, some things are clear:

No matter the election result, this remains a deeply troubled and wounded nation in which justice still does not prevail. We should not be surprised; this has been true since long before the pandemic and before Trump took office.

The hard work remains ahead of achieving economic justice, racial justice, and a democracy in which ALL Americans can take part.

Let’s keep our eyes on the real prize and keep at it.