Last month, Just Harvest received a letter from a woman who we then spoke to by phone. Jamie is one of the millions of Americans who will be hurt by two new Trump administration proposals to make life even harder for people with disabilities who are receiving benefits through the Social Security Disability Insurance (SSDI) program.

The first proposed rule change would require people with severe and long-lasting medical impairments to more frequently submit paperwork and medical evaluations proving that they are still disabled in order to maintain their SSDI benefits. The second is Trump’s 2021 budget, which would halve, from 12 months to six months, the period of retroactive payments that a person can receive once they make it through the months- or years-long process to qualify for SSDI.

Jamie could have received a scant amount of help through Pennsylvania’s General Assistance program while waiting for SSDI to come through. Unfortunately, state Republicans, in party line votes in the state House and Senate, ended that program in 2019. 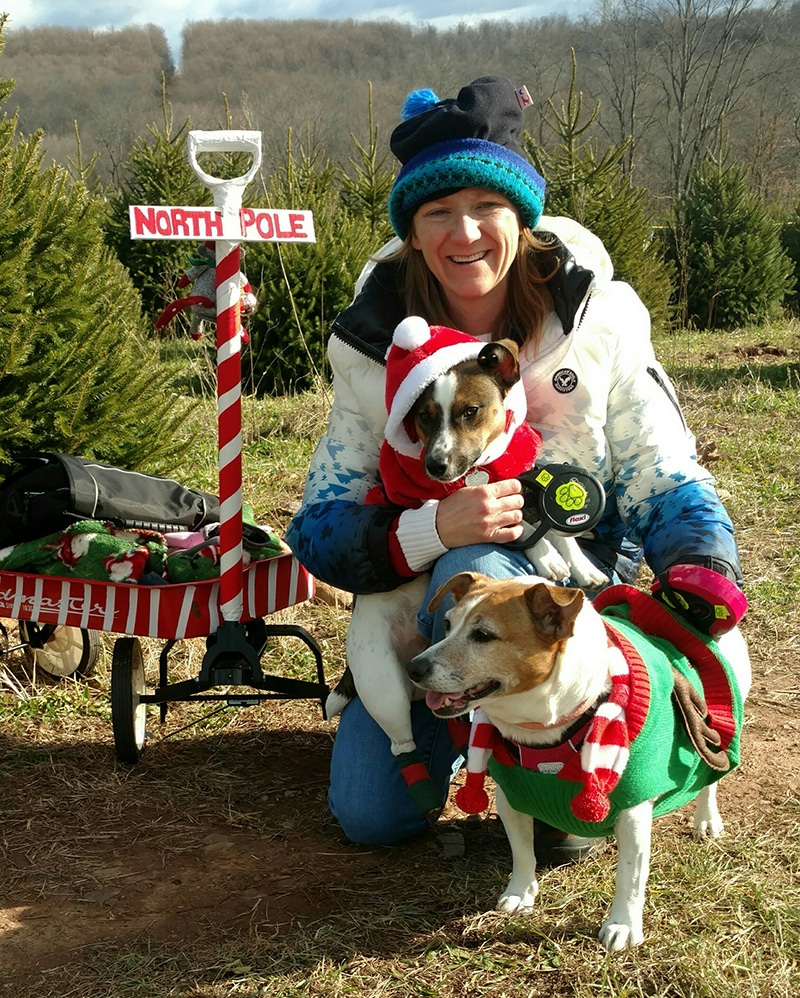 A photo of Jamie and her pups from several years ago

I just turned 49 years old. I have worked for the same company for the past 30+ years.

Unfortunately the past five years or so I have been working in a great deal of chronic pain. It got severe enough that I needed to step back and use my short-term disability policy that my employer graciously provides for his employees, which isn’t required in Pennsylvania. He knew that I needed it as I am, and have been, the most dedicated and loyal employee you can ever ask for.

This was certainly not planned nor was I financially prepared for this duration to turn into having to apply for SSDI. And my health has gotten worse.  I am one of “those” single individuals that worked and paid into a system that I believed in and thought would be there for me in the event something like this would occur in the not so near future. But it has failed me miserably!

March 1st, 2019 was my first – and worst – day of my life not going to work, and the start of this miserable, depressing and painful journey. It was supposed to be short-term disability to get the medical attention I needed. It was supposed to help me get back to what I knew, loved and held with the highest respect and dedication: my job, my life, my career.

As you know, you need to be out of work for a certain number of days without pay before any disability policy will approve or provide benefits. I did not receive any payments until late April. But my electricity was shut off within that month, has been shut off several times since, and will be shut off again soon. My $248 utility bill became more than $1200, because no one would assist me until after it was shut off and had accrued late fees and shut off fines.

My LIHEAP benefits all went to cover the oil for my heater, but without electricity I can’t run it. I’ve gone without heat for months.

My property taxes are $3,0000 and I’m worried about them. I haven’t been able to pay the mortgage for almost a year. I know the bank won’t do anything for the first year, but I’m worried about what happens after that. I get so many calls from debt collectors and scammers that I don’t answer my phone unless I know who it is. I call ahead to the food distribution they do every week, to ask what they have so I don’t use gas to go there if its not something I need.

I would rather they have the courage to give us a gun and a bullet, these people that are cutting programs.

Applying for disability is crazy. I was prematurely denied benefits for not providing enough medical records because I was still waiting for an appointment to get an MRI done. I have a cognitive disability and the paperwork alone in so hard to navigate. I do have a lawyer, but it still takes so long. I’m waiting for them to make a decision to see if I have to appeal.

All you’re focused on is to just get help, get better, hopefully, and get back to work. When you are not prepared to hear you have other medical complications things take a turn. That’s when you pray that your government and the system will be there for you. But you find out the hard way that it is not.

I cannot even get into detail on the harm this has caused but thought I would share some of this with you in hope that others understand how hard it is for single individuals that are left so helpless they cannot even get to a store to get feminine products when needed or gas to get to appointments. And in the meantime we have not a clue as to how this system works because there is no manual that says to apply for SSDI first thing when you get sick or injured because it’s the last thing on your mind. You don’t know who to ask for help, and asking for help is hard. It took me three months to go ask for help.

I didn’t even know about the General Assistance program until I read late last year they were ending it. That $200/month in GA benefits means so much when you have nothing. It would have paid my utilities! It would be gas money. Before all this happened I would have spent $200 a month, sometimes not knowing where it went. Now I can’t even find change to make $10.

I can’t sell my car because I can’t do anything without a car. I do have equity in my house. I’ve been paying on it for 20 years and I could sell it. But if I go my dogs have to go with me. I can’t be without my dogs – they are helping me keep it together. I don’t know where we could go.

I do think about giving up sometimes. I would rather they have the courage to give us a gun and a bullet, these people that are cutting programs. They can go to sleep thinking there is no blood on their hands, but they are going to kill me. I’m going to lose my house, I’m going to have nothing.

If I have to wait much longer for disability benefits, I don’t know how I’m going to make it on no income. I’m going to be dead.

Thank you for you time and, hopefully, understanding.