Some of the attendees at this month’s Power of the Pen, including Rep. Ed Gainey (far right)

On April 11, more than a dozen familiar faces and a few new ones gathered in a conference room at the Human Services building in downtown Pittsburgh for our monthly Power of the Pen. This time, they were joined by Rep. Gainey, who was urging them to take action to support raising Pennsylvania’s minimum wage.

Every year, Pa. state legislators get a cost of living increase, he advised us. Pennsylvanians should be demanding the same for minimum wage workers, who haven’t received a pay increase since 2009. Moreover, our commonwealth’s minimum wage is the lowest among all neighboring states.

But some attendees, like Toni Harper, feared a raise will just leave low-income people with their heads still barely above water. “If we were making $15/hr. we would not be eligible for half of these subsidy programs that we get. Help with utilities, housing – it’s all based on your income. Like my mom – every time she gets a raise on social security, guess what? Her rent goes up.”

“There’s a history here,” agreed Helen Gerhardt, Just Harvest’s grassroots organizer, “where landlords will fight for a raise to the minimum wage, and then scoop off the top. In this country we have housing for profit, a tiny little group at the top that’s making billions and trillions of dollars off of us.”

Rep. Gainey acknowledged the sometimes purposeful nature of increases to housing prices, as well as the ever-growing rise in costs of daily living that low wages can’t keep pace with. He also spoke about what’s known as a “benefits cliff” – what low-income people face when a modest increase in wages leads to a major loss of public assistance. 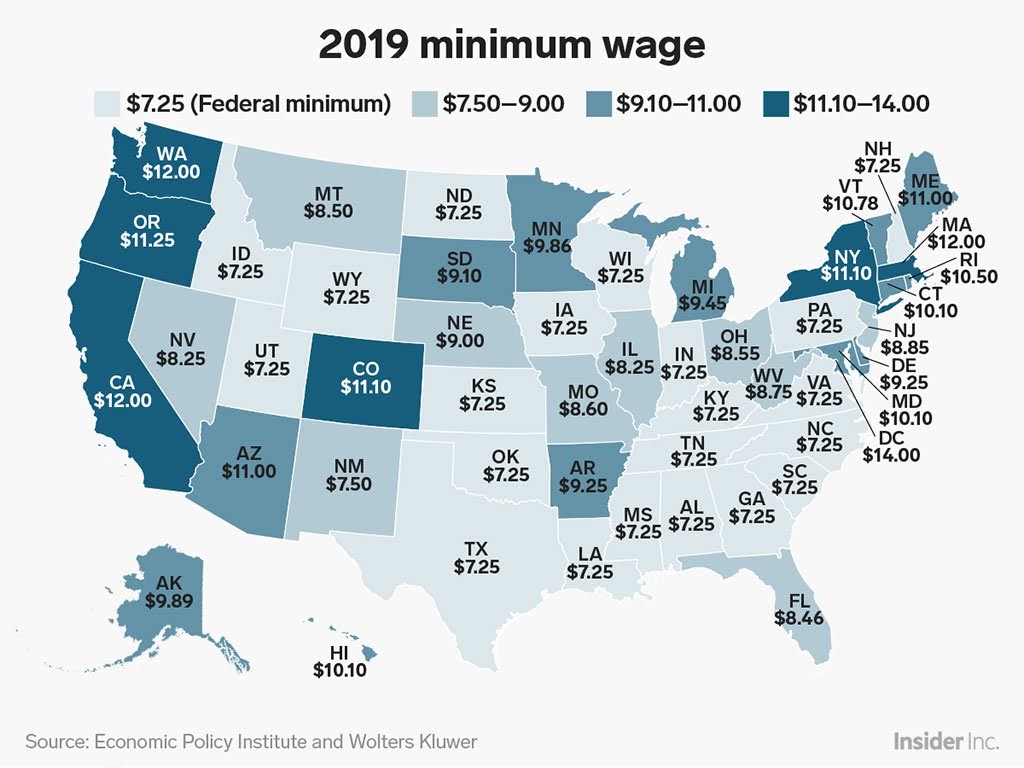 Get more info about the PA minimum wage in our fact sheet.

The response must also be two-fold, he advised.  Advocates and activists must push for a minimum wage increase at the state level. But we also have to talk to our federal representatives to get them to increase the eligibility cap on assistance programs so people don’t lose assistance before they’re financially self-sufficient. “It’s not that we can’t win, the question is who do we fight.”

Seated next to Gainey, Brandi Fisher of Pittsburgh UNITED pointed out that if the minimum wage was truly a living wage, workers wouldn’t need assistance. Her concern is too many government officials seem willing to settle for a minimum wage increase far below $15/hr – like $10/hr – as if anything is better than $7.25. “That’s why it’s important to fight…and when we fight we definitely win.”

Is $15/hr enough? Brandi and Rep. Gainey both spoke to what they felt it takes to be self-sufficient: the desire and ability to do more. Surely, opportunity and resources are a factor. Gainey views education and job training as key.

Even with a doubling of the minimum wage, agreed Toni, “most of those $15/hr jobs will go to unskilled uneducated workers. We don’t want them to get comfortable with that, because that’s what people are already saying: ‘You’re lazy.'” It’s a narrative that she said is geared to make us feel guilty for accepting assistance.

“I tell people: I’ve been working since I was 12 years old. My first job was at the Hill House making $1.75/hr. They’ve been taking taxes out of me since 1973. As far as I’m concerned, I put way more money into the government than I ever got back from it.” People in the room applauded in agreement.

She went on, “And even if we haven’t worked, our parents worked, our grandparents worked. Somebody in our family has paid into the system.” And many of them, she said, like her brother, a military man, die before the age of retirement and got nothing back to pass onto their children. “You work most of your life and you give up so much. So never feel ashamed or embarrassed about going back and getting what is yours.”

Brandi shared the mission and vision of Pittsburgh UNITED’s Workers Organizing Table, whose members (including Just Harvest) view a truly living wage as just part of what workers need. Workers also need basic protections like paid sick leave, because $15/hr won’t help them if they’re not getting paid – if they get docked for missing work when they or their child are sick.

Minimum wage workers need to be assured of a consistent paycheck so they can maintain a household budget and plan. They need healthcare and compensation if they get hurt on the job. “It’s not just about raising the minimum wage,” said Brandi. “It’s about organizing workers on the job to come together to say ‘Hey, we deserve these rights.'”

Rep. Gainey believes most people don’t know how to budget, “and I was one of them.” But Toni pushed back. Budgeting becomes even more difficult when you consider “all the things designed out there for poor people’s credit to be disrupted. Rent to own furniture,” she said, is a “prime example of preying on poor people. These payday loan companies they have set up in neighborhoods to keep us poor,” is another.

Personal caregiver and Just Harvest member Alandia definitely knows how to budget, which is why she’s now working two jobs: $12.50/hr at one and $10/hr at the other. She had been listening quietly, but her anger and frustration about her situation were immediately clear when she spoke.

“If my check is not two to three times my rent, guess who’s not going to have a place to stay. I had to get another job to pay my bills. I tried to get on all those [public assistance] programs. Guess what they told me.” The room answered in knowing unison: “You make too much money.” 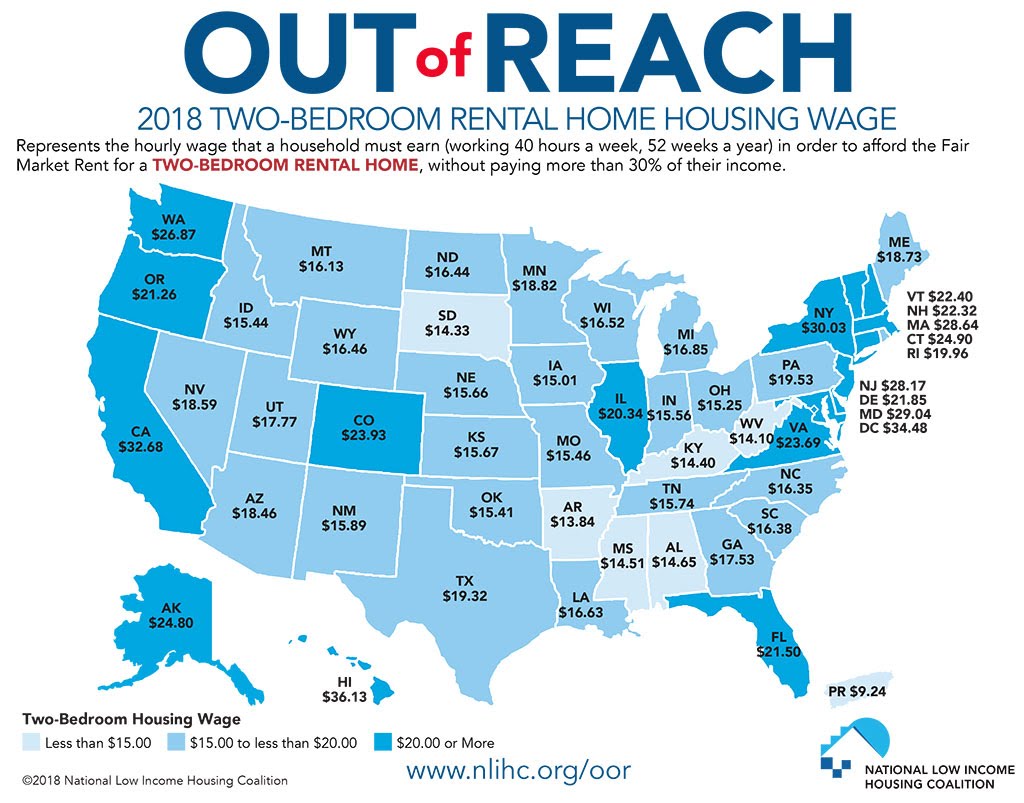 “But I’m still not making enough to survive,” Alandia responded. Again, the benefits cliff. It’s a common problem for the many folks who have to work long hours just to afford the basics, but whom the government doesn’t consider “poor enough” to help.

“I don’t get medical assistance. I pay for everything with cash. I’ve been working since I was 13 years old. And all the money that I make goes right out the door. My rent, my bills, my food – it’s over half [my income].  I have to pay for health insurance. That leaves me jack. But I’m not working three jobs – ain’t nobody going to kill me.”

Just Harvest member Godina nodded her head in understanding. She used to have a good union job as a Port Authority bus driver until she got sleep apnea. Falling asleep at the wheel cost Godina her job.

Since then she’s been working piecemeal here and there in the gig economy. Her current $13/hr job replaced working two jobs for $10/hr.

“I got burnt out. I’m 51 years old. I can’t imagine working three jobs, but I don’t think I can continue working for $13/hr. At my job I clean toilets, cleaning up behind people’s butts. I’m washing floors and emptying trash.”

“All work brings dignity,” interjected Marylouise from the next table over. Godina said she understood that, “but this job’s a killer. And the way they work us is not fair. I’m cleaning up behind Target employees who don’t want to clean up after themselves. That’s part of the job. But I think the wage should be raised tremendously for what we do.” She knows, however, that lousy pay and mistreatment are often the harsh reality of non-union jobs.

But even unions struggle to negotiate for good wages when the floor is so far below the value and productivity that workers provide. Marylouise shared a bit of her history and its long connection to union jobs. They included low-paid ones like “Shop n’ Slave,” as she put it, where she was only paid $8.64/hr after five years of employment. She’s now working for $10/hr under the table taking care of an autistic child “because Social Security ain’t cutting it.”

“The wealth gap keeps getting wider and wider,” said Helen, “and more and more of us are struggling.” Massive corporations park their profits off-shore so they don’t have to pay the taxes that allow government to provide needed services and protections to working people, and investments in their communities.

CEOs and upper level managers “have so much more than they could ever need or ever be able to spend. And they expect us to clean up after them, work two jobs – some of us, like Alandia, on four hours of sleep. That’s not right. And it’s not right that state legislators are getting a raise every single year while we get nothing. So we’re going to write to them tonight. Your experience is your expertise.”

Folks nodded in agreement, put pen to paper, and got to work. Next week, many of them would join Helen and members of One Pennsylvania on a bus trip to Harrisburg. They’d meet with their legislator, share their thoughts and experience, and urge them to pass the living wage we all deserve.

Use this quick and easy form to urge your state legislators to support a new pair of Senate and House bills that would raise the wage to $12/hr on July 1 and in stages to $15/hr by 2025. The legislation also eliminates the sub-minimum wage for tipped workers and allows local communities to raise the minimum wage even further. It’s time to raise PA’s minimum wage!

Some of the attendees at this moth’s Power of the Pen, including Toni (far left) and Brandi Fisher (third from right)

We support an IPOD in Lawrenceville – a new plan for inclusionary zoning
Member Mike Hughes is no stranger to hardship, or service