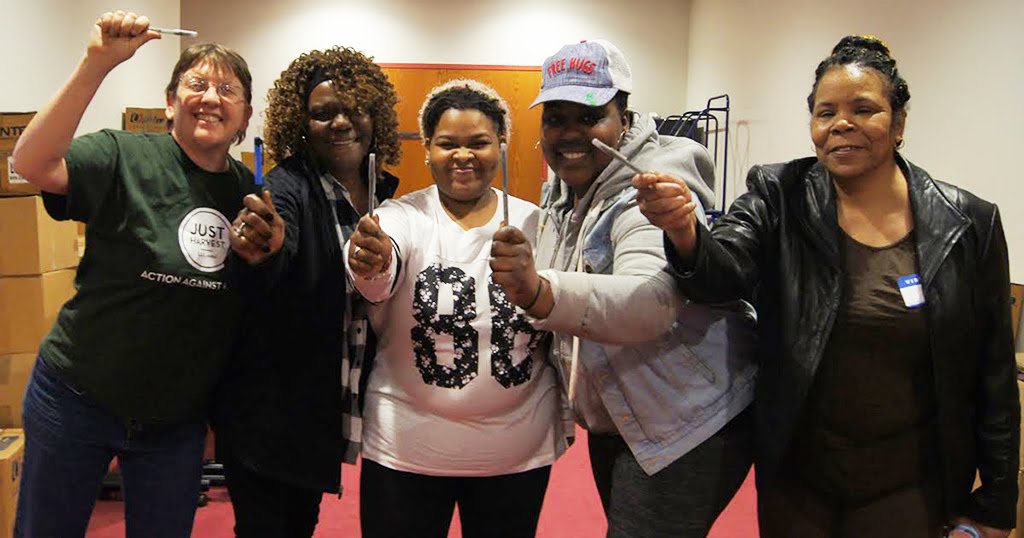 Antoinette Harper (second from left), two of her CCAC students, Christine Perry Wade and friend, and Sheila Smith at our March 20th Power of the Pen.

Trump was at it again, trying to take away hunger assistance for many hundreds of thousands of people across the country, and Ms. Toni Harper wasn’t going to let him get away with it – not without sharing a piece of her mind. “Hunger is a problem, and no one on this earth should have to go hungry,” she said firmly, before she put her pen to paper.

Toni was in good company. On March 20th, people had gathered from across Allegheny County to take action against hunger at this second installation of Power of the Pen, Just Harvest’s new monthly action series. Several people began the event by sharing their stories of how the Supplemental Nutrition Assistance Program (SNAP) had helped them in the past.

Toni talked about the ways that SNAP had been vital to her as she worked low-wage jobs, back when the program was referred to as “food stamps.” Food stamps had helped to move her out of poverty and into her decades-long job as a nurse. Now retired, she was pursuing a degree in psychology at a community college and wanted to help stand up for others who had struggled as she had. 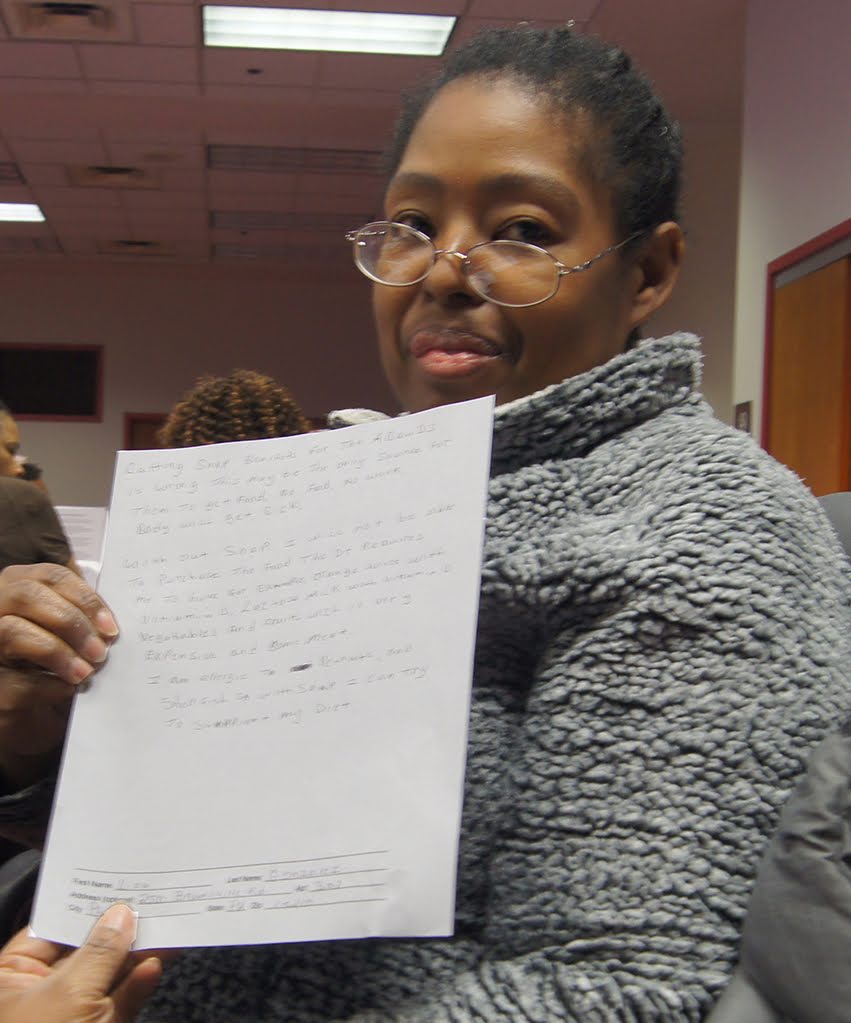 Toni had brought several of her fellow students. They enthusiastically expressed their determination to help protect the people who would be harmed by Trump’s latest attack on SNAP. A new administration rule would force states to toughen the time limits on food assistance for people that the federal government thinks should be able to support themselves with full-time work.

The proposal disregards the 755,000 Americans who will likely lose food stamps as a result. These individuals are typically struggling to find sufficient steady work due to their youth and lack of prior job experience or education, physical or mental limitations, recent incarceration, or other serious barriers. And while they may not have children living with them, which would make them exempt from the rule, they often share custody of dependents.

These folks are struggling to survive in a way that a local unemployment rate doesn’t capture. Some 124 of the county’s 138 municipalities, like Braddock and Duquesne, are too small to ever receive an official unemployment rate calculation. Furthermore, the Trump proposal requires a local unemployment rate to be at least 7% for a state to waive that area’s SNAP time limits – which isn’t much lower than what it was for most of the recent Great Recession.  As advocates across the nation have pointed out, forbidding states from adapting SNAP program rules to people’s actual economic circumstances will only lead to a steep rise in hunger. 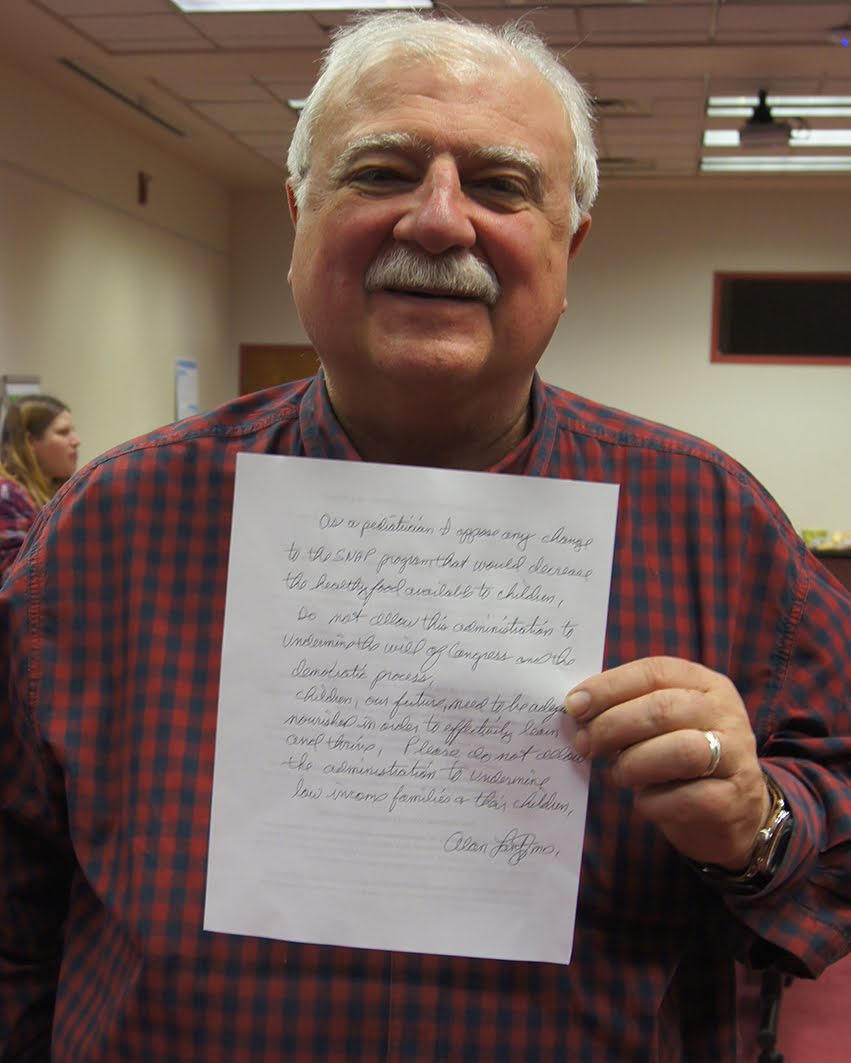 The proposed rule change also discounts its own enormous costs in terms of lost revenue, which will hurt grocery stores, state budgets, employment and training programs. It will, as a result, decrease jobs while increasing poverty. The rule ignores the fact that most people receive food stamps for only 8 months on average in times of economic distress. SNAP is already working exactly as it should – as a temporary support. And it’s doing so effectively and efficiently.

For all these reasons, Congress explicitly rejected a similar attempt to toughen time limits, which House Republican leaders put forward in their version of the 2018 Farm Bill. As Just Harvest’s public policy advocate Ann Sanders pointed out to Power of the Pen participants, this rule change was yet another attempt by the administration to defy the collective will of Congress.

Congress, and most Americans, understand that hunger does nothing to improve the circumstances of people who can’t find jobs no matter how hard they try.

So across the country and a range of political ideologies, concerned Americans are submitting comments on Trump’s proposed rule to the USDA before its April 2 deadline. By law, the USDA must read and respond to every single unique comment before the new rule can go into effect.

Across the room, the people who had come to the Power of the Pen bent their heads over their drafts of comments and conveyed their concern and principled opposition. Just Harvest would collect their words, and make sure the USDA reads every one of them.

Join Just Harvest and our allies Pittsburgh UNITED and members of the Worker Organizing Table at our next Power of the Pen on April 11 to take action to raise PA’s minimum wage! 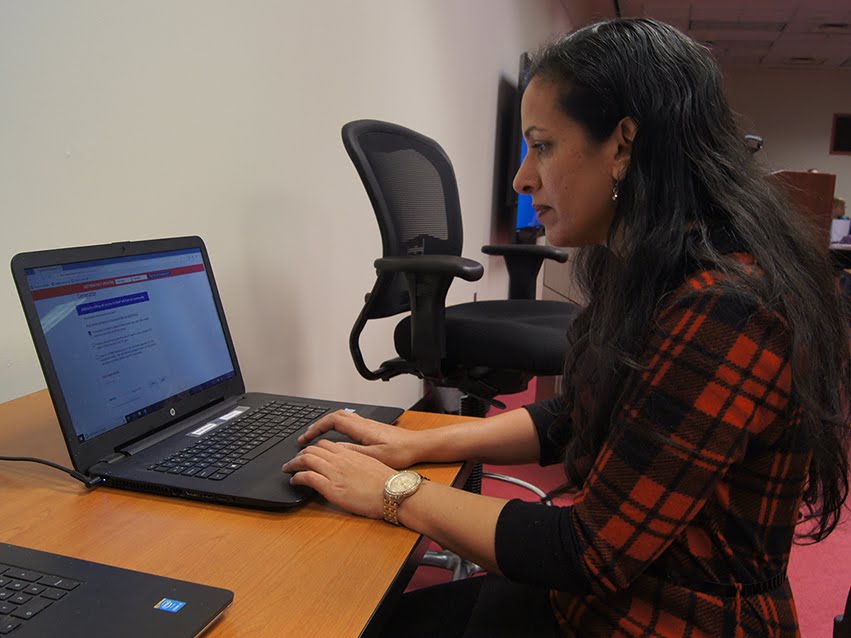 Saira Awan submits her public comment directly to the USDA at Power of the Pen.

Helen is Just Harvest's grassroots organizer. You can read more about her here.
View all posts by Helen Gerhardt →

2019 D-Jam provides community response to hunger
Ron: A retiree who’s come to depend on our tax assistance