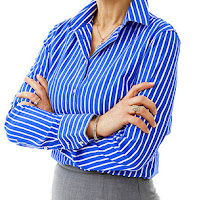 If you didn’t read the recent op-ed in the Pittsburgh Tribune-Review, America’s food stamp mentality, I’ll save you the bother. If you’re anything like me – and thankfully, most people are more like me than like the author Jennifer Stefano, the Pennsylvania director of America for Prosperity – it would just make your blood boil. I found it completely offensive – both its intent and its purposeful misstatement of facts.

Ms. Stefano’s entire argument in this op-ed rests on “data” that have no basis in reality. She claimed there are 101 million Americans who receive some kind of subsidized food assistance, a number that “has surpassed the number of full-time private sector workers in our country.” Actually, there are 114 million private sector workers in the United States, according to Bureau of Labor Statistics’ data for June 2013, But where is she getting the first part of her claim?

The number in her deeply flawed assumption comes from merely adding up the total participation in every USDA food program and concluding that the 32 million children who get school lunch are completely different from the 10.6 million children who get school breakfast. She then concluded that none of those individuals are among the 46 million Americans on food stamps. This is completely absurd on its face.

I appreciate that the Trib editors, in the online version of this op-ed, already removed her most obviously dishonest assertions from the printed version. Read in their original state, these wild distortions of the truth gave the reader a fuller picture of the depths of Ms. Stefano’s disdain for people struggling to make ends meet. These included the claim that unlike when FDR started the food stamp program, now “it’s a debit card, administered by big Wall Street firms making major dollars off the program. With food stamps you can buy magazines, sodas, cigarettes and condoms, or you can sell them for cash, 55 cents on the dollar.” There isn’t a word in that statement that’s true. It’s good the Trib recognized that.

But I suspect Ms. Stefano knows the facts are not on her side, which is why she’s trying so desperately and cynically to mislead. She pits neighbor against neighbor to the benefit of her and her cohorts. The Americans for Prosperity has an agenda, and it has nothing to do with helping the average American, her folksy “kitchen table” talk aside. The prosperity they’re interested in protecting is that of their right-wing funders: the Koch brothers and their ilk – the top 1%.

It’s a reprehensible agenda, and the title of her op-ed shows her hand. What, pray tell, is a food stamp mentality? When I was on food stamps I was in college, trying to better myself so I could fully support my infant son. I was struggling and I was scared but I was determined, and grateful for a safety net. And it paid off: I got my degree and I haven’t been on food stamps since.

But apparently AfP would argue that my fellow citizens should have turned their backs and let us both go hungry, with the misery, poor health, and poor outcomes that would have inevitably entailed.

Or they would argue I should have been mandated to take whatever minimum-wage job I could have gotten with only a high school diploma – jobs that don’t cover the costs of living, much less the cost of daycare. Many in Congress, supported by groups like the Koch brothers and AfP, make exactly that argument when they try to advance work requirements for people on food stamps. As if half of all food stamp recipients aren’t children, which they are. As if most able-bodied adult food stamp recipients aren’t already working, which they are.

As if it’s better – in a country where the Koch brothers’ agenda is shifting more and more of the nation’s wealth to the richest 1% – to condemn struggling families to a lifetime of poverty. Better that then to help lift them up to a place where they don’t need help anymore? No, the truly impoverished mentality is that of Ms. Stefano and her heartless billionaire patrons.