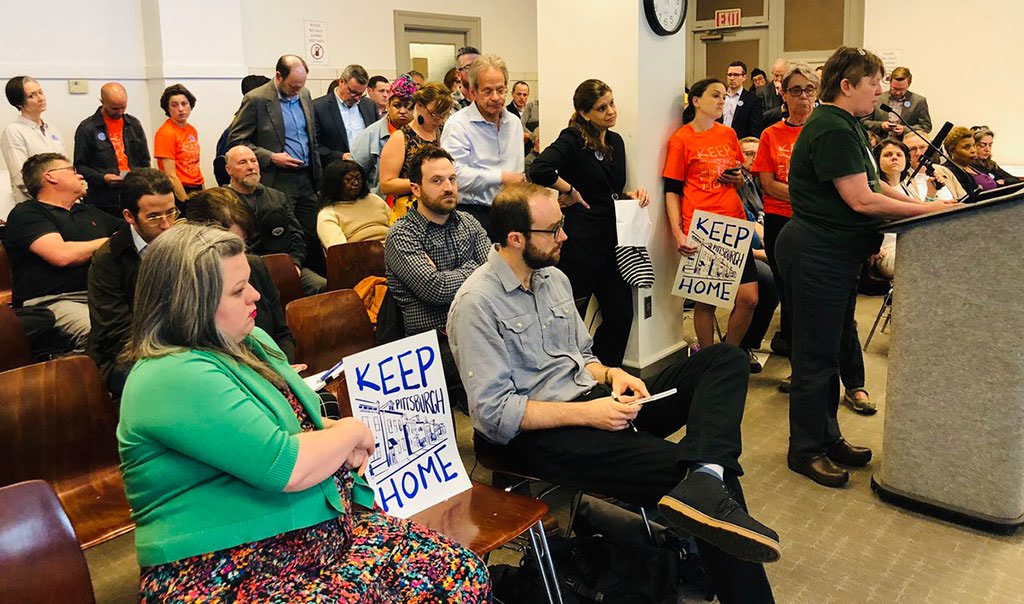 Inclusionary zoning is a proven and effective tool for creating housing opportunities for all as cities grow.

The Inclusionary Housing Interim Planning Overlay District (IPOD-6) was introduced by Councilwoman Deb Gross in February. It’s the first mandatory inclusionary zoning program in the City of Pittsburgh and requires residential projects in Lawrenceville over 20 units in size to price 10% of their units for low- and moderate-income folks.

The people of Pittsburgh badly need this legislation. Developers have created hundreds of new residential units in Lawrenceville in the last couple years. This has sent housing prices soaring, displacing hundreds of residents. Inclusionary zoning won’t solve all of Lawrenceville’s housing challenges, but it’s one important part of the solution.

Today, Just Harvest submitted the following letter to Pittsburgh’s Planning Commission at a public hearing on the proposed IPOD today. Following the public hearing the plan will go to Pittsburgh City Council for another public hearing, and then a vote. Once approved, the IPOD would be in place for 18-24 months.

Just Harvest is pleased to write this letter of support for the Inclusionary Housing Interim Planning Overlay District (IPOD) in Lawrenceville, which Pittsburgh Councilwoman Gross introduced in February.

Just Harvest works with many partners across Allegheny County to address hunger at its root – economic injustice – through a focus on public policy, food access, and community power.

Currently, rising housing costs are not only directly eating into the food budgets of low-income people across our region, they have also been displacing many thousands of lower-income people out of Pittsburgh. Such displacement into the ring suburbs means that many low-income residents no longer have access to healthy food or adequate public transit to get to such food, as well as to jobs, health care, and many other critical needs.

Unequal access to housing in neighborhoods of opportunity is both an economic justice issue and an ongoing failure of City and County to meet their civil rights obligations to Affirmatively Furthering Fair Housing. Housing in Pittsburgh and Allegheny County remains largely segregated, with persons of color, people with disabilities, families with children, and others protected by applicable Fair Housing laws generally having fewer choices and less access to critical needs.

The impacts of displacement on affected families and individuals are myriad, from inferior access to educational and employment opportunities to poorer health outcomes. Access to nutritious food is widely understood as a key factor in such adverse preventable health outcomes as heart disease, diabetes, and infant mortality.

By enhancing neighborhood diversity by race and income, inclusionary zoning can be a powerful force in maintaining access to nutritious food. This zoning tool is an important component of a city strategy to ensure equitable food access. We strongly encourage the Planning Commission and City Council to approve this measure as a means to protect the public’s health, especially among those at-risk of displacement into food deserts.

While this IPOD legislation only affects Lawrenceville, mandatory inclusionary zoning is something that was recommended city-wide by the Affordable Housing Task Force and the Inclusionary Housing and Incentive Zoning Exploratory Committee.

This IPOD is an important first step forward in realizing those recommendations. With clear evidence of stress and damage through displacement in Lawrenceville’s hot housing market, this IPOD could allow us to test possibilities and learn how such zoning might be best adapted for other parts of the city that are experiencing displacement by rising housing costs.

James: This senior wants respect for minimum wage workers
Power of the Pen: Is raising the minimum wage enough?